Streaming UTF-8 in Haskell and Rust.

Since I seem to be a one-trick pony, I decided to write yet again to compare streaming data in Haskell and Rust. This was inspired by a cool post I saw on Reddit about converting characters in the Latin alphabet into look-alikes in the Cyrilic alphabet.

When reviewing the original code, I noticed that it was reading the full contents of the input into memory. Since I’m somewhat obsessed with streaming data, I wanted to see what it would take to make this stream in Rust. But first, of course, I proved to myself that I could do this in Haskell.

All of the code is available in my Github repo.

We create a HashMap mapping the input Latin characters to the output Cyrilic characters, and then create a helper convertChar function to convert any incoming character, defaulting to the original if the input isn’t a Latin letter.

Next, we use the conduit library for producing, transforming, and consuming the stream of data. We use the .| operator to pipe together different components of the pipeline, and then call runConduit on the completed pipeline to run it. Our pipeline looks like this:

There are other ways to handle this in Haskell, both with and without conduit. You can use lazy I/O. You can use the built-in character encoding handling of Handles. But the approach here is both pretty close to what we want to build in Rust, and is probably what I’d personally reach for in the first place. (Which makes sense; I wrote conduit.)

Let’s knock out the easiest part of this. We want to create a HashMap to help us convert from Latin to Cyrilic. Our code looks remarkably similar in both Haskell and Rust. Let’s compare side-by-side:

In both cases, we take our two strings, zip them into a sequence of pairs, and then turn that sequence of pairs into a HashMap. In Haskell, Strings are a lazy list of characters, so the streaming nature of this is implicit. In Rust, we explicitly use an iterator interface (via chars()).

Also, in Haskell, we can define this value and function at the top level, whereas in Rust it’s preferable to put this inside the main function (or face the wrath of calls in constants are limited to tuple structs and tuple variants).

Let’s move on to something a bit more interesting.

UTF-8 in the Rust standard library

The first thing I wanted to find was some way to do UTF-8 decoding in Rust. So I searched the standard library for utf8. I don’t remember exactly what steps I took originally, so consider this an artist’s rendering of my thought process.

The first option that jumped out at me was std::str::from_utf8, which seemed like a good fit. Unfortunately, it had some issues:

There may be workarounds with this, but they seem ugly, so I moved on. I also found std::char::decode_utf8, which looks like exactly what I would want. However:

So this wasn’t looking too good. The final approach I considered was bypassing the UTF-8 decoding entirely, and working on the raw bytes. This would theoretically be possible, since the input characters we care about are all in the ASCII range. But:

At this point, I did do a bit of research into existing streaming UTF-8 support in the Rust ecosystem, but didn’t get too far. If there is a go-to solution to this kind of thing, I’d love to hear about it. It looks like encoding_rs would support some of this, for example.

Anyway, onward to my solution!

I ultimately wanted to use the std::io::Read::bytes function from the StdinLock struct to stream the bytes from standard input. To quote the docs:

The returned type implements Iterator where the Item is Result<u8,io::Error>.

Putting the error value into the stream like this is the idiomatic approach to dealing with errors in iterators in Rust. Rust By Example has a page about iterating over Results, which could be useful if I were to follow this idiomatic approach.

But that approach feels harder to my spoiled Haskeller brain, used to the bliss of relying on runtime exceptions to pretend like errors don’t occur. The iterator-of-results approach has extra ceremony. For example, instead of something like:

I would end up needing something closer to:

Can we somehow recover the Haskell-style ergonomics here?

When you take the iterating-over-result approach, you end up with a struct implementing Iterator providing a function:

What if we just defined a new trait for error-able iterators that yield a stream of Ts and error out with an E? Again, this is isomorphic to what we already defined, but might be easier to work with.

This works, but we’re going to make one more tweak.

When I last blogged about iterators, I explained why stream fusion in Haskell requires not just Yield and Done constructors, but also a Skip constructor. This had to do with performance in some cases by bypassing nested loops. Please see that blog post for more information.

The Skip constructor signals that “hey, I don’t have any data for you yet, still processing, but I’m not done yet.” This turns out to be a perfect way to model UTF-8 decoding, where we’ll want to:

So we’ll modify the Step definition above to include that extra case:

Let’s make our first implementation of the EIterator trait.

We’re going to want to convert from iterators-of-results into our EIterator, at the very least to handle the bytes() call on StdinLock mentioned above. We’ll first define a newtype wrapper ResultIterator:

And then implement EIterator for it:

The Some<Result<T,E>> maps directly to our Step enum, though there’s nothing to generate a Skip. Overall, pretty good. Now, to make it a bit easier to convert these, we want to add an eiter() method to all Iterators of Results:

One of the motivating cases for creating this new approach was the map function. First, I defined a helper function on the EIterator trait for stepping through an EIterator without having to pattern match all 4 cases each time:

Notice that Done and Skip are returned verbatim, Error simply uses From::from to “upcast” the error type being used, and Yield calls the supplied closure. With this in place, creating our Map struct and implementing EIterator looks like this:

With no need to deal with mapping on a Result value! Finally, we can add the following to the EIterator trait:

That was a bit too easy, let’s go onto something a bit harder.

UTF-8 encoding cannot fail, so we needn’t worry about any error cases. However, there is a different problem: 1 character of input can generate anywhere from 1 to 4 bytes of output. We need to keep track of bytes that still need to be yielded in our EncodeUtf8 struct. I came up with this:

This keeps the underlying EIterator, a buffer of up to 4 bytes in the UTF-8 encoding of the most recent character, and the next byte to be yielded from that buffer. If we have no bytes left to yield, then index is set to 4 (past the end of the buffer). We can add the following to the EIterator trait itself:

Note that we get to leverage char’s encode_utf8 function. Yay, less code to implement ourselves! Each time enext is called, we do the following:

The first thing to tackle about UTF-8 decoding is how to handle errors. Each time we call enext, there are two possible errors that may occur:

For the latter, we can define an enum DecodeUtf8Error easily enough. In order to unify the two different error types, we’ll require Self::Error: From<DecodeUtf8Error>. Our decode_utf8 implementation in EIterator looks like:

You may be wondering: don’t we want to have an application-specific error type instead of using the underlying std::io::Error? Don’t worry, we’ll get to that in two sections.

As you can see already, DecodeUtf8 has three fields. Let’s see them more properly:

iter is the wrapped EIterator. count is the number of bytes left to be processed in the current sequence. And res is the accumulator for the next character being decoded. This’ll make more sense as we look at the code.

Next we want to grab the next incoming byte. If an error is returned, we’ll just return it ourselves. Same with a Skip. In the case of a Yield, we’ve gotten our byte. Done is the only special case:

We’ve now got our next byte. If the self.count is 0, it means that we are not in the middle of a codepoint, and so we can treat this as the first byte in a codepoint. With a bit of bit twiddling, we can determine the number of bytes in the codepoint. If it’s just 1 (ASCII), we yield the character. Otherwise, we prepare for a multibyte codepoint:

Finally, when in the middle of a multibyte codepoint, we decrement the count of bytes left, shift the result 6 bits to the left, and bitwise-or in the 6 least significant bits of the next byte. If we get down to count == 0, then we yield the character:

Hurrah! Just one more helper function before our glorious program can be written.

We want to write out our resulting bytes to standard output. To do this, we’re going to fill up a buffer with bytes, flush to stdout, and repeat until we’re empty. We can just use a for loop to do that. Inside EIterator:

Ah… I almost got to pull a fast one on you. Certainly for loops can’t work on our custom EIterator trait you say. And you’d be right. We have to write some way to convert back into a normal Iterator:

And notice how, within our for loop, we have this:

This means that any errors raised anywhere in any of our iterators will end up getting returned as Err right here. Which mirrors the runtime exception behavior of Haskell pretty closely, and happens to be exactly what we want in this case.

After all of that, we can finally write our main function. Using the convert_char implementation described at the very beginning, we get:

Which, frankly, is pretty close to the original Haskell version! There’s a bit more overhead with locking the handles, and we need to deal with convert to bytes() and converting that bytes() into an EIterator. But that’s not too bad.

The only other trick that I haven’t explained is that call to map_error. It works just like map, except it modifies the error value, not the stream value. I’ve defined an application enum error type:

Haskell’s got some obvious advantages here:

However, Rust comes out not too shabby either:

There is one final pain point that I’ve glossed over for Rust: the type inference in this kind of solution is fairly brittle. I had to play with things quite a bit to get it to line up perfect. Adding explicit type signatures may be necessary in real world code.

This was definitely a fun problem to tackle. As is probably obvious by now, I really like analyzing streaming data problems, and comparing Haskell and Rust for this is fascinating. I’m not at all convinced that this is a good approach in general though. Iterating-over-result can probably instead just be made more ergonomic with better helper functions and more documentation.

FP Complete specializes in using best in class tools and languages, including (as you may guess) Haskell and Rust, to help our customers solve complex problems. If you’re interested in hearing more or setting up a consultation, shoot us an email . 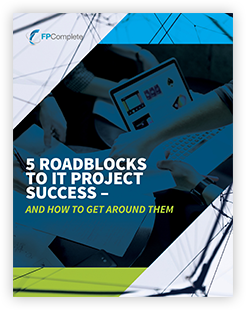